Planned Exhibition “150 Years of Gifu’s Schooling: Commemorating 150 Years Since the Promulgation of the Education System Order” 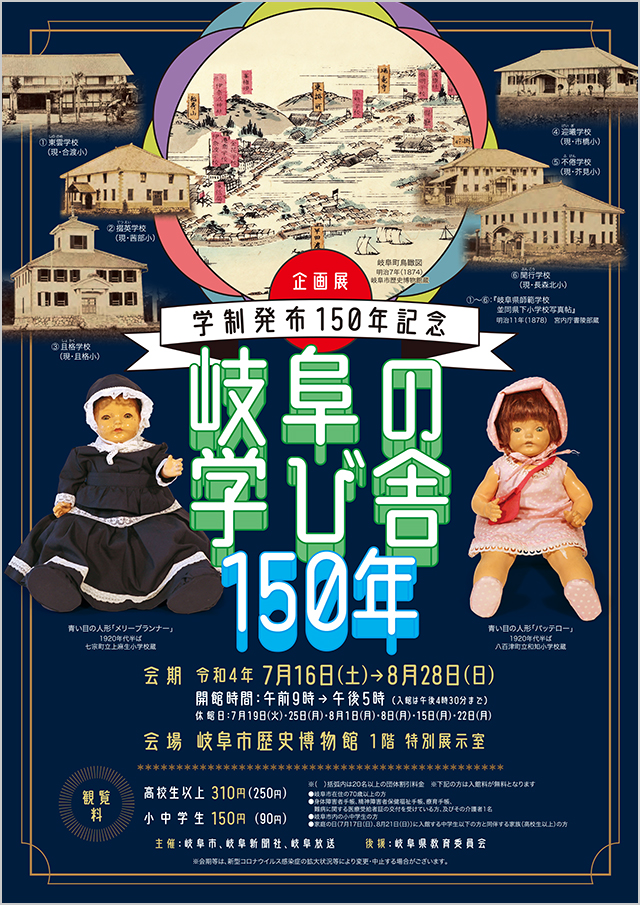 In Meiji 5 (1872), the “Education System Order” was promulgated as Japan’s first modern schooling system. As a result, the building of schools was encouraged in various areas of Gifu.
This year, in 2022, marks the 150th anniversary of the “Education System Order”. Many elementary schools in Gifu City will also welcome their 150th anniversary. Centering around documents found in the city’s elementary schools―this planned exhibition will introduce the changes in Japan’s schooling system as well as the history of schools after the modern era.
Introducing how the now common “elementary school” first opened and continued on to the present day…. Please follow 150 years of “Gifu’s schooling” showcased at the exhibition room!