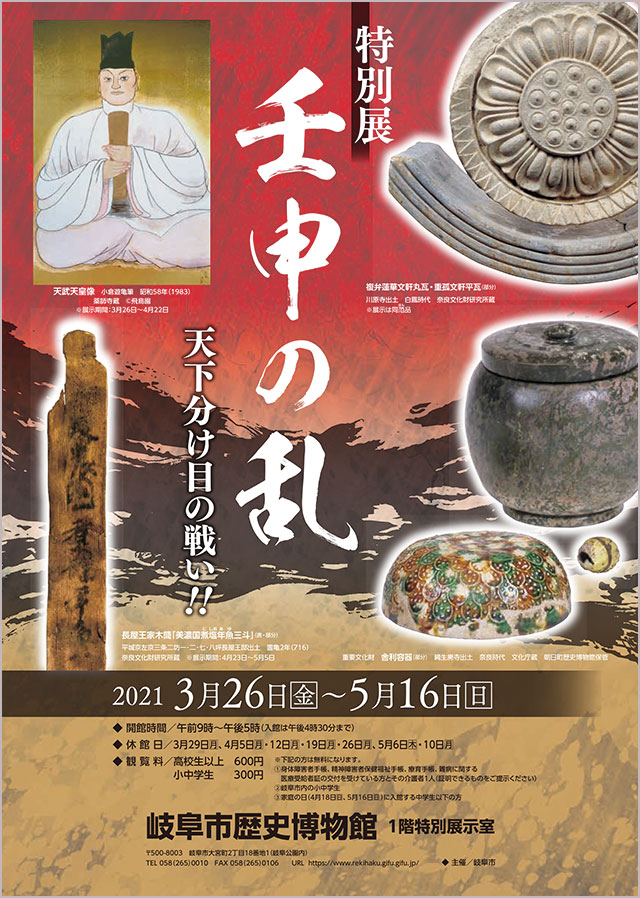 The Jinshin War of 672, is said to be the biggest war in the ancient history of Japan, when Prince Oama (?–686) raised an army against his nephew Prince Otomo (648–672), the son of his brother Emperor Tenji (626–672).
With his base in Gifu, Prince Oama won the battle and became Emperor Tenmu, promoting centralization and improvements to the Ritsuryo system (the governmental structure defined by ritsu, the criminal code, and ryo, the administrative and civil codes).
In this exhibition, we trace the details of the Jinshin War from archaeological and historical materials, and also look at the local ruling families of Gifu who fought under Emperor Tenmu, and the situation of Gifu as the Ritsuryo system was developed.

- We are implementing measures to prevent the spread of COVID-19 infections. Depending on the congestion, admission may be restricted. We appreciate your understanding and cooperation.

- Some exhibitions are subject to change during the exhibition period.

- If there is no display period noted, it will be displayed throughout the exhibition.