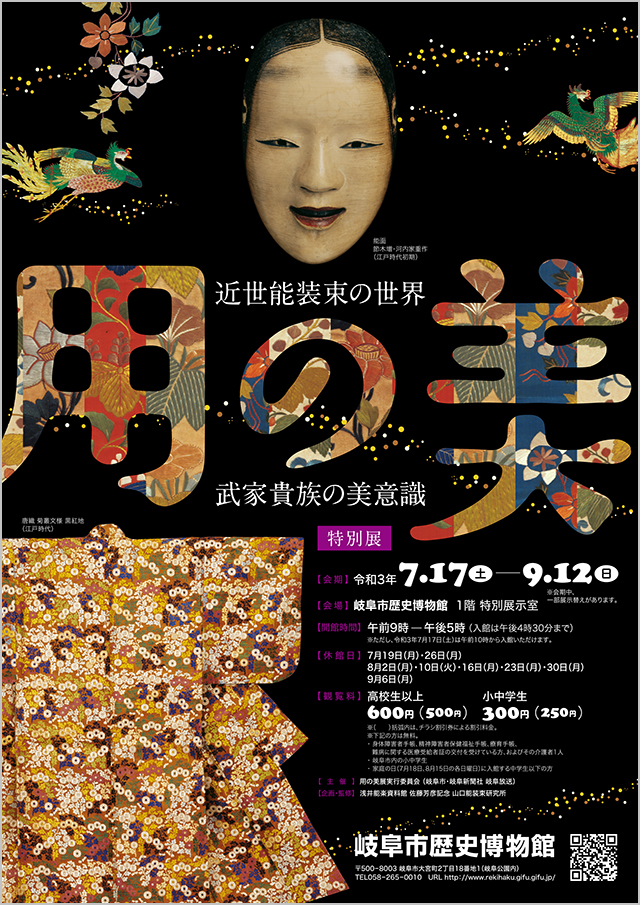 “Nohgaku” was completed in the 14th century by a father-and-son pair of Kan’ami and Zeami from the Yamato Sarugaku Yuzakiza Theater. Originating from various art forms, Nohgaku established a solid position as ceremonial entertainment for the warrior class during the Edo period, when high-quality domestic silk production systems, dyeing and weaving technologies were established, making it possible to apply luxurious and elaborate designs.
Feudal lord families during the Edo period had noble and elegant Noh costumes made, reflecting the education and aesthetics for the warrior class, showing their economic power. Those costumes were also preserved and passed down as practical art pieces.
With the cooperation of the Azai Nohgaku Museum and the Sato Yoshihiko Memorial Yamaguchi Noh Costume Research Center, this exhibit showcases Nohgaku-related material between the late Muromachi and Heisei period (from the 16th to 21st centuries), presenting the charm of Noh costumes as art pieces that go beyond stage garments and the Japanese craftsmanship behind it.