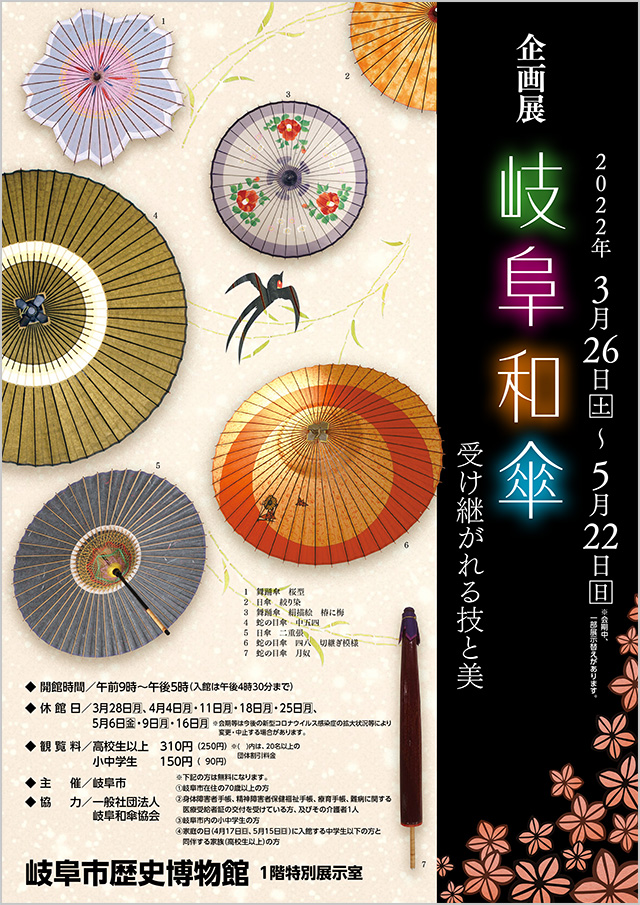 In the past, Japanese umbrellas were a daily commodity made all throughout the country―making it an item most Japanese people were familiar with. Presently, in addition to these umbrellas being needed for traditional Japanese performing arts and kabuki, they are also in demand at promotional tourism events and commercial facilities to use as decoration.
Production of Gifu’s Japanese umbrellas started during the Edo period (1603–1868). The delicate and elegant qualities of this local product caused it to become popular in Edo, Osaka, and even overseas. As of now, Gifu is the only region in the country that consistently mass produces umbrella hubs, makes the basic parts for the frames, assembles, and adds any needed finishing touches to Japanese umbrellas. Occupying about 60% of the domestic market share, Gifu is an undeniable leader in the industry.
At this exhibit, enjoy taking a look at the craftsmanship and beauty offered in the newly designated Japanese traditional craft―the “Gifu Japanese Umbrella”.